Ellen DeGeneres To Host The Oscars 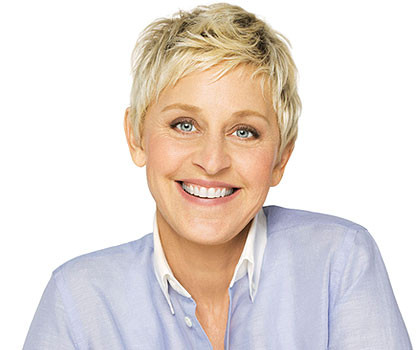 Ellen DeGeneres will return to host the Oscars for a second time, producers Craig Zadan and Neil Meron announced today. The Academy Awards will be broadcast live on March 2nd, 2014. “We are thrilled to have Ellen DeGeneres host the Oscars,” said Zadan and Meron. “As a longtime friend, we had always hoped to find a project for us to do together and nothing could be more exciting than teaming up to do the Oscars. There are few stars today who have Ellen’s gift for comedy, with her great warmth and humanity. She is beloved everywhere and we expect that the audience at the Dolby Theatre, and in homes around the globe, will be as excited by this news as we are.” DeGeneres added, ”I am so excited to be hosting the Oscars for the second time. You know what they say – the third time’s the charm.”

Elllen DeGeneres hosted the 79th Academy Awards in 2007, for which she received a Primetime Emmy nomination for “Outstanding Individual Performance in a Variety or Music Program.” DeGeneres has made a home for herself in daytime with her hit syndicated talk show, “The Ellen DeGeneres Show,” which has earned a total of 45 Daytime Emmys during its 10 seasons.

Ladies from k-town with different tastes that are willing to share interests and thoughts during their daily life.
View all posts by roashina →
This entry was posted in Entertainment and tagged Ellen Degeneres, Oscars. Bookmark the permalink.